“I have mapped the central and rarely studied conditions that made possible Linnaeus’s scientific work. His immediate household consisted of family and servants. When he describes his success, he mentions them,” says Annika Windahl Pontén, the author of the dissertation.

During the 18th century, science, and thereby its practitioners, gained an increasingly prominent role in society. Professors had a relatively high status in class society. It was important to show what social class one belonged to. As such, Carl Linnaeus (1707–1778) was very much active in creating the public image of himself. He was careful with how he was portrayed, how his household was structured and what objects he was surrounded by.

Linnaeus’s career largely took place in his home setting where there was a wife, children, maids and servants, flowery calico blankets and yellow chairs. Velvet overcoats hung in the closet and portraits hung on the walls. China with Linnaeus flowers was ordered from China, not once but twice.

The household was an important part of the outward appearance of Carl Linnaeus and was established when he and his wife Sara Elisabeth moved into the newly renovated professor home in Uppsala in 1743. Eventually, the house at Hammarby outside of town was purchased.

The couple had seven children, of which five survived to adulthood. The household also included several maids and servants. Students also lived with the family for both shorter and longer periods.

Carl Linnaeus also held private lectures in his home. A steady stream of colleagues and distinguished guests, even royalty, came and went. The home became an extension of the university and was equipped and furnished to allow for every possible function while also advertising that an academic person of rank lived here.

All practical aspects of the household were Sara Elisabeth’s responsibility. She assigned the work, made sure everything was in order and that the visitors were taken care of appropriately. Large events were common. That everything worked smoothly was a prerequisite for Carl Linnaeus being able to focus on his scientific endeavours and network with the right people.

In her survey of how the Linnaeus household was organised, Annika Windahl Pontén has read through a large amount of source material, including texts written by Linnaeus, correspondence, travel diaries from Linnaeus’s travels through Sweden’s provinces, receipts, estate inventories, population registries and registries of furniture, clothing and objects belonging to the Linnaeus family.

“An important purpose with my dissertation has been to place Linnaeus in his contemporary context. There have been many biographical studies of him where he is often presented as a genius and ahead of his time. He should neither be exaggerated nor minimised. What makes Linnaeus both fascinating and interesting becomes no less interesting if you place him in an 18th century context, quite the opposite,” says Annika Windahl Pontén.

For further information, please contact:
Annika Windahl Pontén at the Department of History of Science and Ideas at Uppsala University
Phone: +46 70 167 95 06
Email: annika.windahl_ponten@idehist.uu.se

Facts about Carl Linnaeus
Date of birth: 23 May 1707 in Råshult, Småland. His father was a minister, and his mother was the daughter of a parish minister.
Death: 10 January 1778 in Uppsala
Married: Sara Elisabeth (maiden name Moraea), daughter of a mountain doctor. They married in 1739.
Children: Carl, Elisabeth Christina, Sara Magdalena, Lovisa, Sara Christina, Johannes and Sofia. All but Johannes and Sara Magdalena survived to adulthood.
Property: Hammarby and several other properties in Danmark parish outside of Uppsala. The professor home in the town was owned by Uppsala University.
Scientific achievements: Introduced a classification system for plants and animals and a system for how they should be named. Was a founding member of the Swedish Royal Academy of Sciences 1739 and was its first praeses (chair).
Knighted: 1757 by Kung Adolf Fredrick. 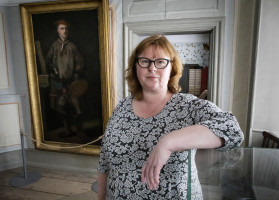 Ions in molten salts can go “against the flow”

In a new article a research group at Uppsala University show, using computer simulations, that ions do not always behave as expected. In their research on molten salts, they were able to see that, in some cases, the ions in the salt mixture they were studying affect one another so much that they may even move in the “wrong” direction – that is, towards an electrode with the same charge.

An adverse upbringing often impairs people’s circumstances and health in their adult years, especially for couples who have both had similar experiences. This is shown by a new study, carried out by Uppsala University researchers, in which 818 mothers and their partners filled in a questionnaire one year after having a child together. The study is now published in the scientific journal PLOS ONE.

Countries where massive natural hazard events occur frequently are not more likely than others to make changes to reduce risks from future disasters. This is shown in an interdisciplinary Uppsala University study now published in Nature Communications.

﻿European eels spend most of their adult life in a range of fresh- and brackish waters, across Europe and Northern Africa. Using whole-genome analysis, a new study finds that all European eels belong to a single panmictic population, an extraordinary finding for a species living under such variable environmental conditions. The study is published in PNAS.