In a potential boost for quantum computing and communication, a European research collaboration reported a new method of controlling and manipulating single photons without generating heat. The solution makes it possible to integrate optical switches and single-photon detectors in a single chip.

Publishing in Nature Communications, the team reported to have developed an optical switch that is reconfigured with microscopic mechanical movement rather than heat, making the switch compatible with heat-sensitive single-photon detectors.

Optical switches in use today work by locally heating light guides inside a semiconductor chip. “This approach does not work for quantum optics,” says co-author Samuel Gyger, a PhD student at KTH Royal Institute of Technology in Stockholm.

“Because we want to detect every single photon, we use quantum detectors that work by measuring the heat a single photon generates when absorbed by a superconducting material,” Gyger says. “If we use traditional switches, our detectors will be flooded by heat, and thus not work at all.”

The new method enables control of single photons without the disadvantage of heating up a semiconductor chip and thereby rendering single-photon detectors useless, says Carlos Errando Herranz, who conceived the research idea and led the work at KTH as part of the European Quantum Flagship project, S2QUIP.

“Our technology will help to connect all building blocks required for integrated optical circuits for quantum technologies,” Errando Herranz says.

“Quantum technologies will enable secure message encryption and methods of computation that solve problems today’s computers cannot,” he says. “And they will provide simulation tools that enable us to understand fundamental laws of nature, which can lead to new materials and medicines.”

The group will further develop the technology to make it compatible with typical electronics, which will involve reducing the voltages used in the experimental setup.

Errando Herranz says that the group aims to integrate the fabrication process in semiconductor foundries that already fabricate on-chip optics – a necessary step in order to make quantum optic circuits large enough to fulfill some of the promises of quantum technologies.

Financial support for the research was made possible by the European Union’s Horizon 2020 research and innovation program under grant agreement No. 820423 (S2QUIP); the Swedish Research Council, the Knut and Alice Wallenberg Foundation, the State of Upper Austria, and the Austrian Science Fund.

The work was co-supervised at KTH by Professor Val Zwiller at KTH and Professor Klaus D. Jöns (now at Paderborn University, Germany). Errando Herranz is now a researcher at Massachusetts Institute of Technology (MIT), in the U.S. Contributing to the study were researchers from Linz Institute of Technology and Johannes Kepler University, in Austria. 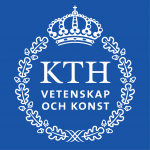 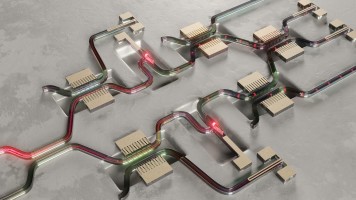 Robots can be more aware of human co-workers, with system that provides context

A new context-aware robotics system can recognize human co-workers and their body shapes, and even predict their movements. KTH researchers found that it operates more efficiently than existing collaborative robots.

Findings offer ‘recipe’ for fine tuning alloys for high-temperature use

Superalloys that withstand extremely high temperatures could soon be tuned even more finely for specific properties such as mechanical strength, as a result of new findings published today.

New research reveals how cancer cells endure stress and survive. Publishing in Molecular Cell, an international research team identified mechanisms that human and mouse cells use to survive heat shock and resume their original function – and even pass the memory of the experience of stress down to their daughter cells.

Robots can use eye contact to encourage reluctant participants in groups

Researchers at KTH Royal Institute of Technology published results of experiments in which robots led a Swedish word game with individuals whose proficiency in the Nordic language was varied. They found that by redirecting its gaze to less proficient players, a robot can elicit involvement from even the most reluctant participants.