The evolutionary process that occurs when a species colonizes a new environment provides an opportunity to explore the mechanisms underlying genetic adaptation,which is essential knowledge for understanding evolution and the maintenance of biodiversity. An international team of scientists, led by researchers from Uppsala University, Uppsala, Sweden, reports that a single amino acid change in the light-sensing rhodopsin protein played a critical role when herring adapted to the red-shifted light environment in the Baltic Sea. Remarkably about one third of all fish living in brackish or freshwater carry the same change. The study is published today in PNAS.

“The Atlantic and Baltic herring are excellent models for evolutionary studies for two reasons”, explains Dr. Leif Andersson from Uppsala University and Texas A&M University who led the study. “Firstly, their enormous population sizes allow us to study the effects of natural selection without the disturbing stochastic changes in the frequency of gene variants that happens in small populations. Secondly, the colonization of the brackish Baltic Sea by herring within the last 10,000 years (following the most recent glaciation) provides an opportunity to study what happens when a species adapts to a new environment.”

“We have examined the entire genome in many populations of Atlantic and Baltic herring and find that a single amino acid change in the protein rhodopsin, in which phenylalanine has been replaced by tyrosine, played a critical role during the adaptation to the Baltic Sea,” says Jason Hill, scientist at Uppsala University in Uppsala, Sweden, and first author on the paper. This makes a lot of sense since rhodopsin is a light-sensitive receptor in the retina and satellite data show that the Baltic Sea has a red-shifted light environment compared with the Atlantic Ocean, because dissolved organic material absorbs blue light.

“A careful genetic analysis of our data shows that the evolutionary process must have been very rapid. We estimate that the rhodopsin gene variant found in Baltic herring increased in frequency to become the most common variant within only a few hundred years,” says scientist Mats Pettersson at Uppsala University.

The amino acids phenylalanine and tyrosine are structurally very similar and only differs by the presence of a hydroxyl (-OH) moiety in tyrosine, so could this change really be so important?

“In fact, the crystal structure of rhodopsin shows that residue 261 is located in the vicinity of the chromophore retinal where light absorption occurs. The presence of tyrosine in Baltic herring rhodopsin makes light absorption red-shifted by about 10 nanometer and can thereby catch more photons in the red-shifted light environment in the Baltic Sea,” says Dr. Patrick Scheerer at Charité – Universitätsmedizin Berlin, in Berlin, Germany, and one of the co-authors of the study.

When the scientists analysed the rhodopsin sequence from more than 2,000 fish they found that about one third of all species occurring in brackish or freshwater carry exactly the same genetic change as the Baltic herring whereas nearly all fish living in marine waters have a rhodopsin gene variant with phenylalanine like the Atlantic herring. “It is remarkable that we find the same mutation occur independently and at least 20 times across thousands of fish species, this provides a really striking example of convergent evolution at the molecular level,” says Erik Enbody, co-author and post-doctoral fellow at Uppsala University.

“Our hypothesis is that this change in rhodopsin is particularly important during the juvenile stage and that the Baltic herring variant allows fish larvae to better utilise the light environment in the Baltic Sea when searching for food or avoiding predators”, explains Leif Andersson. This hypothesis is supported by their finding that both Atlantic salmon and brown trout that always spawn in freshwater but may live most of their life in marine water have tyrosine 261 in rhodopsin like a freshwater fish. In contrast, the European and Japanese eel which both are born in marine waters but live most of their adult lives in freshwater carry phenylalanine 261 like the great majority of marine fish. 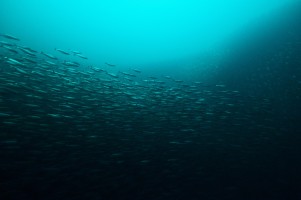 Treatment no better in clinical trials

Patients taking part in clinical trials do not receive better treatment than other patients. This is the conclusion of a new study led from Uppsala University and published in peer-reviewed journal BMC Cancer, which confirms the results of an earlier study from 2004.