By fundamentally strengthening the seabed with a net made on potato peelings, the conditions for eelgrass to take root can increase significantly. This shows experiments made by an international group of researchers, including from the University of Gothenburg. The method can be used to restore coastal vegetation and protect the coast from erosion since eelgrass can reduce the wave action reaching the beach.

To mimic nature’s own processes, the research group has designed square meter nets of potato peelings. The nets have since been placed partly in sediments on eelgrass beds and partly in tidal areas. The nets helped to tie the bottoms against the influence of currents, waves and tides, thus giving newly planted plants a chance to take root.
“Nearly one hundred percent of the new plantings survived after one year,” says Eduardo Infantes at Kristineberg’s marine research station and one of the researchers in the group.

This is a much better result than what regular replanting in wave exposed bays, without something that stabilizes the bottom, gives.
“In addition to rooting better, the plants also multiplied more with our method than regular replanting”, says Eduardo Infantes.

“Planting without the frame might work in bays with little wave exposition, but planting in wave exposed areas could be challenging and the potato frames will increase the restoration success.”

Because the nets are made of degradable material, they disappear by themselves after a few years and the bottom where they were used is completely restored. The research group has conducted experiments on eelgrass beds on Sweden’s west coast and in the Caribbean, as well as in tidal areas in the Netherlands and Florida.

Coastal areas are important ecosystems for, among other things, fish reproduction. In many parts of the world, these are depleted by human activity and climate change. Restoring them is becoming increasingly important for creating long-term sustainable environments.

If the new method can be implemented on locations, it can streamline the work of restoring coastal ecosystems. Since far more plants take root and also multiply better compared to traditional replanting, fewer plants are required for the same area with the new method. The problem is getting the networks in place.
“It works best in tidal areas, where you can use a tractor during low tide”, says Eduardo Infantes.
” As for a next step we want to test this method in areas where coastal erosion is problematic, like in the southernmost part of Sweden, Skåne, since it can help to stabilise the sand for the plants to grow. Once they have stablished, they will protect the coast from erosion.”

Video animation about the experiments: https://youtu.be/EtsXZyJ0YEI
Article about the study, published in the research journal Nature Communications: https://www.nature.com/articles/s41467-020-17438-4
The research group is lead by researchers from Radboud University in the Netherlands.
Contact: Eduardo Infantes, eduardo.infantes@marine.gu.se, +46 766-229567 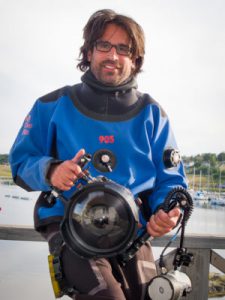 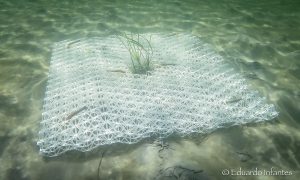 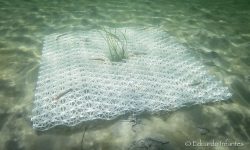 Researchers at the University of Gothenburg in Sweden, together with their colleagues at the Barcelona Beta Research Centre in Spain, the University Medical Centre in Ljubljana, Slovenia, and the University of Paris, have found new forms of tau protein that become abnormal in the very early stages of Alzheimer’s disease before cognitive problems develop. The […]

It is the bacterial changes in the gut that increase the levels of imidazole propionate, the molecule that makes the body’s cells resistant to insulin in type 2 diabetes. This result emerges from a European study, MetaCardis. The gut and its bacteria are considered important in many diseases and several studies have shown that the […]