Phthalates are used as plasticizers in soft polyvinyl chloride (PVC) and found in a large number of commonly used consumer products. Due to reported health risk, di-isononyl phthalate (DiNP) has been introduced as a replacement for diethyl hexyl phthalate (DEHP) as a plasticizer in soft PVC. This raises concerns since animal data suggest that DiNP may have anti-androgenic properties similar to DEHP. In addition, biomonitoring data show that human DiNP metabolite levels are rapidly increasing globally. The anogenital distance (AGD) – the distance from the anus to the genitals – is a marker that has been used in animal studies to assess reproductive toxicity. While several studies have examined phthalates such as DBP, DEHP and AGD in humans, none has included DiNP.

The purpose of the current study have been to examine the relationship between 1st trimester urinary metabolite concentrations (week 9-11) of DEP, DBP, DEHP, BBzP as well as DiNP in relation to AGD in 196 Swedish boys at 21 months of age. Analyzes of the mothers urine, identified all phthalate metabolites in all samples. Anogenital distance was measured by two pediatric nurses at County Council of Värmland, Sweden. The measured phthalate levels and AGD were comparable with data from two pregnancy cohort studies in USA.

These findings call into question the safety of the recent substitution of DiNP for DEHP in soft PVC, particularly since a shorter male AGD has been shown to be related to male genital birth defects in children (such as hypospadias and undescended testis) and impaired reproductive function in adult males (such as decreased fertility, impaired semen quality and lower serum testosterone levels) and the fact that human levels of DiNP are rapidly increasing globally, says Carl-Gustaf Bornehag, professor in Public Health Sciences at Karlstad University and responsible for the current study. 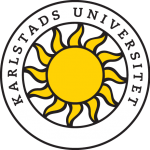 Children who had PVC floorings in the bedroom at baseline were more likely to develop asthma during the following 10 years period when compared with children living without such flooring material. Furthermore, there were indications that PVC flooring in the parents’ bedrooms were stronger associated with the new cases of asthma when compared with child’s bedroom. This could be an indication that prenatal exposure is of importance.

Corruption is a widespread problem in public administration in many developing countries. Gudrun Wicander from Karlstad University in Sweden shows how text messaging can be used to counteract corruption and how the mobile phone can be a tool for more efficient administration and resource distribution in the education sector.