­After surgical reconstruction of the anterior cruciate ligament, young athletes are now recommended to undergo at least a year’s rehab and thorough testing before resuming knee-strenuous sport. Research shows that those who return to sport relatively soon after surgery incur a highly elevated risk of a second ACL injury.

An injury the anterior cruciate ligament (ACL) is the most common form of injury to the knee joint. It mainly affects young players of sports like football, handball, floorball and basketball. In her research, Beischer has focused on adolescents’ and young adults’ return to sport after surgery.

Up to 30 percent proved to have suffered a second ACL injury, in the same or the other knee, shortly after returning to their sport. However, there were major differences depending on how long they had refrained from playing.

Of those who had returned to sport within nine months after surgery of the cruciate ligament, nearly a third (10 of 33 individuals) were injured again. Among those who waited nine months or more, the proportion suffering a new injury was considerably lower (8 of 126).

In total, 729 members of the two age groups of sports participants, adolescents (age 15–20) and young adults (age 21–30), were included in the various sub-studies in the thesis. Their rehabilitation in primary care was individualized by the respective physical therapists in charge.

Of the adolescents studied, half had returned to sport again as usual only eight months after surgery, while the young adults waited longer. Regardless of age group, only a quarter regained their previous thigh-muscle strength and jumping capacity before resuming their sporting activities.

Young sports participants, especially those below the age of 20, are recommended to extend their rehabilitation to at least nine months — preferably a year or more — and to ensure that their strength and jumping capacity are restored before they return to sport.

To determine whether a person is ready to return, physical therapists are recommended to assess young sports players by using questionnaires and tests of thigh-muscle strength and jumping capacity. This takes place today in the “Project ACL” (Projekt Korsband), in which the University of Gothenburg is an active partner.

“It imposes extreme demands on us as physical therapists. We have to engage, support and create motivation for these people, so that their rehabilitation is completed and we don’t let them go back too soon. It’s also important for the physical therapist and orthopedist early on, before the operation, to tell the patient that rehab takes time. It’s a matter of having the right expectations,” Susanne Beischer says.

Participants in the study were recruited mainly from the Gothenburg region through the physical therapists and/or orthopedists responsible for their treatment.

Title: “Patience you must have, my young athlete”: Rehabilitation-specific outcomes after anterior cruciate ligament reconstruction; http://hdl.handle.net/2077/59065 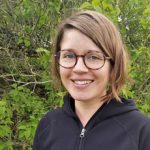 Patients who had been waiting in operation queue died earlier

Early surgery improved both outcome and survival in patients with the neurological condition hydrocephalus, while mortality was higher in those who had to wait, according to a thesis from the University of Gothenburg. These results add to pressure on efforts to keep waiting lists for surgery short. Hydrocephalus (idiopathic Normal Pressure Hydrocephalus, iNPH) is a […]

Does lying down or turning over in bed make you feel dizzy? This simple question effectively identifies whether a person suffers from benign paroxysmal positional vertigo, which is harmless and treatable, a University of Gothenburg thesis shows. Benign paroxysmal positional vertigo (BPPV) is common, and often undiagnosed, among senior citizens. Many suffer in silence from […]

Old democracies cope better with severe crisis than newer ones

In established democracies with long experience of democracy, the risk of democratic breakdown, in the face of a crisis like the current corona-crisis, is low. The outlook is very different for new democracies, especially those with weak civil society and weak political parties, according to research from the University of Gothenburg. The interwar period, 1918–1939, […]